The devil is in the details according to electrical contractors in Edmonton. And when it comes to electrical components, that saying has never been more than true. They are trained specifically. 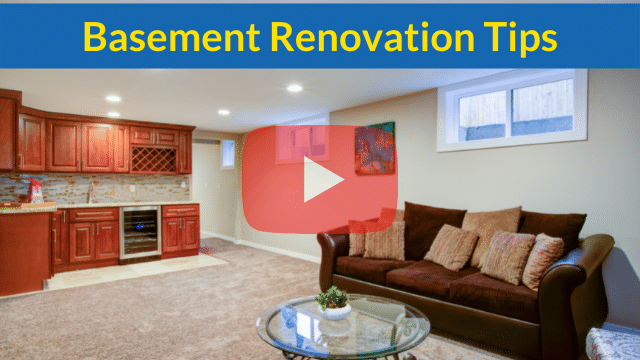 To think about all of the most minute details. About the electrical components. So that not only can the electrical work be done well. But service a need to the best of its ability.

Electrical work must be done perfectly. Not just to work properly. But also to ensure. That people do not get hurt. And improperly grounded home. Could result in people being hurt.

When excess electricity. Is discharged through an electrical device. As well, improperly wired homes. And up causing an increased risk. Of an electrical fire from happening. Either because wires are crossed.

Or, the breaker box is not functioning. And the function of a breaker box. Is to turn off electricity. To a circuit that is overloaded. Therefore, electrical contractors in Edmonton. Have a very serious job to do.

When people are renovating. One of the best pieces of advice that they get from there electrician. Is to put more electrical outlets. Then they think they need. Most homes are built with not enough outlets.

Simply because it is one way. For homebuilders to keep their cost down. And while many homeowners believe all they have to do. Is at either an octopus. Or add a power bar. In order to plug more devices in.

This is actually a very dangerous thing to do. Every outlet is only rated to handle. Certain amount of voltage. If they plug in to electrical devices. That go over that voltage. Ideally, the breaker will be tripped.

Turning off electricity to that circuit. So that a fire will not happen. However, if the breaker fails for any reason says electrical contractors in Edmonton. That circuit will not be turned off. And the wire, as it tries.

To handle an extremely large amount of electricity. That it was never designed to handle. Will simply get hotter, and hotter. Until a fire is started. Therefore, it is much better to have more outlets.

And never have to use a power bar, or an octopus to plug more devices. Into one outlet at a time. Therefore, adding more outlets is safe. And not only should people think about their normal usage in their home.

But many professional, residential electricians advise. Homeowners to think about electrical usage. During every month of the year. In the winter, they may want to use space heaters.

As well, in the winter. They might have additional needs. For electrical devices. Such as a Christmas tree, and Christmas display. Therefore, they should have enough electrical outlets. For their home the entire year.

When people are creating their renovation plans. For their basement, they should always have. More electrical outlets than they think they need. While it will cost a little bit extra.

It will be safer in the long run. And homeowners will tend to find. That all of those outlets will be used in the end anyway.

Before homeowner starts any renovation project, consulting electrical contractors in Edmonton. Not only can help them plan better. But can think of many different variables. That they would not have thought of on their own.

For example, if people are renovating their basement. They may not think about the fact. That it is often chillier in the winter. Especially if they renovate their basement in the summer.

They may want an electrical fire place. Or a fire feature, like a firewall. To make it more cozy, during the colder and greyer winter months. They may want to renovate their basements in order to have.

More bedrooms for their growing family. By contacting their expert electricians. Such as those at Hauer Power in Edmonton. May in fact discover. That it is a good idea to put temper resistant electrical outlets.

In every room in the basement. Not just to protect the children. But because there is likely going to be less supervision. In the basement, and protecting their children. Is what those tamper-resistant outlets will before.

They should think about all aspects of the renovation. The layout, as well as the usage. Of every single room. Even before doing the framing. When it is completely empty, electrical contractors in Edmonton.

Literally have no limits about what they can do. And where things can go. The minute frames start going up. Or other contractors get involved. What an electrician can do. Starts getting minimized.

By thinking about every aspect of the renovation before it gets started. Can help homeowners think about things. For example, the lighting in the basement. While they might not think this is very important.

Ryan, the owner at Hauer Power suggests. That in these basement rooms. They put in pot lights. Because they recess into the ceiling. Which not only create a bright light in a darkened basement.

But they do not make the basement seem smaller. By having a fixture that hangs down from the ceiling. That can also cast odd shadows. As well, they may not realize. That the number of bedrooms in the basement.

Influence the number of smoke detectors needed. Also, because electrical contractors in Edmonton. Also pull data cable. Thinking about the type of Internet usage in the basement. Ahead of time, is beneficial.

Even if people do not think. They need to use the Internet. If they will be streaming services. Not only will they want Internet. But they might decide on hardwired Internet.

Versus Wi-Fi, in order to have no interruptions. When they are streaming their favourite shows and movies. In addition to that, Wi-Fi can be spotty in the basement. Which is why more people tend to put.

Hardwired Internet, in the basement rooms of their home. While all of these details may escape a homeowners attention. These are the details. That electricians are paid to notice to get the job done correctly.