It’s a familiar scene, the snow is gently falling, and a home is lit up for Christmas inside and out, says Edmonton Electrician. They have lights on the house, inflatables on the lawn, and inside is a winter wonderland as well. There’s a giant Christmas tree with hundreds of twinkle lights, lights adorning the fireplace mantle and the entire winter village is set up and glowing. Christmas carols play on the speakers, and everyone is finally ready for Christmas. 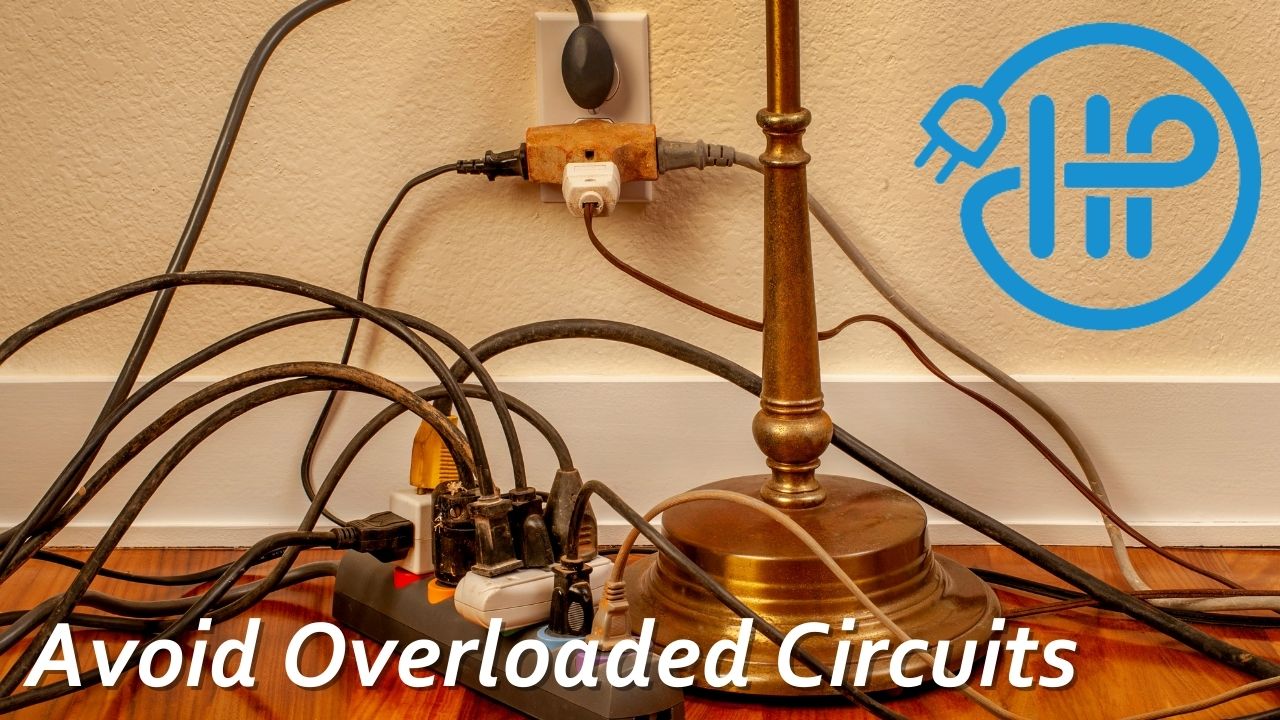 It’s the quintessential Christmas night, but if you look closer, you may find that this picturesque holiday scene is fraught with danger. Edmonton electrician, Ryan Hauer of Hauer Power in Edmonton says the telltale signs are at the outlets. Are the plug ins full of splitters, power bars and extension cords? Do the lights flicker when everything is plugged in and turned on? Are you experiencing rolling black outs?

These are danger signs that people should be aware of. In part one of this two part series, we example what causes overloaded circuits in a home, and why that’s so dangerous.

Unfortunately, the CSA rating only means that it is safe to use, not that it increases the amperage that a circuit can handle. And while people should only be ever using CSA approved power bars, splitters, extension cords and more, it doesn’t mean people can safely plug more power in, it just increases their ability to. The onus remains on the person plugging in devices to ensure that it’s not going to overload the circuit.

Many people don’t even know the amperage of the electrical devices they’re using, or how many amps each circuit can take, and as fire departments see, that spells trouble. Many people think that they can have devices plugged in to every spot in an outlet, but that isn’t true either.

People will be overloading their circuits, believing their circuit breaker is going to save them, and it’s not. The problem with that assumption, is that you don’t know your circuit breaker is failing until you have a fire. The reason an overloaded circuit can start an electrical fire is simple. Ryan Hauer, the expert Edmonton electrician explains. When there’s more amperage flowing through the wires than they were designed to handle, the wires get hot. The circuit breaker turns off electricity to the overloaded circuit, so the wires are unable to overheat.

But when the circuit breaker fails, the wires continue getting hotter. Often, electrical devices aren’t left on for hours at a time. However, Christmas is the exception, says Edmonton electrician Ryan Hauer. We keep our outside lights turned on from sun down to bed time, same with Christmas trees. All these devices are turned on, and left on for hours.

This allows the wires to heat up, and that’s when problems occur. The wires get so hot, they can set their surroundings on fire. The insulation, drywall and studs in the walls. And since the walls are large hollow structures filled with oxygen, the fire can spread within the walls very quickly.

This is such a common scene each Christmas says Edmonton electrician, Ryan Hauer. However, it doesn’t have to be that way. Now that you know what overloaded circuits are, and why they are so dangerous, watch for part two of our series. Here, we will learn how to avoid overloaded circuits and what you can do to increase your home’s circuits, so you don’t have to cut down on the holiday sparkle you want for you and your family!